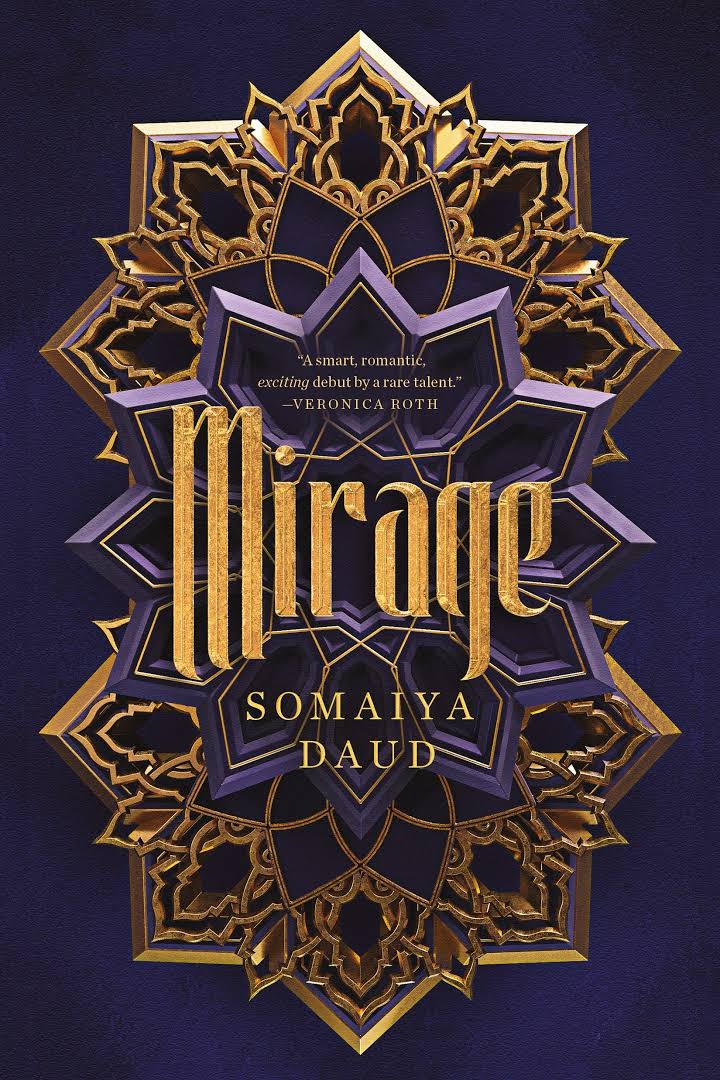 The crown of Dihya had been stripped from me, my face changed, my body broken.
But I was not a slave and I was not a spare.
I was my mother’s daughter, and I would survive and endure. I would find my way back home.

In a star system dominated by the brutal Vathek empire, sixteen-year-old Amani is a dreamer. She dreams of what life was like before the occupation and receiving a sign that one day, she, too, will have adventures, and travel beyond her isolated moon.

But when adventure comes for Amani, it is not what she expects. She is kidnapped by the government and taken in secret to the royal palace. There, she discovers that she is nearly identical to the cruel half-Vathek Princess Maram. The princess is so hated by her conquered people that she requires a body double to appear in public, ready to die in her place.

As Amani is forced into her new role, she can’t help but enjoy the palace’s beauty – and her time with the princess’ fiance, Idris. But the glitter of the royal court belies a world of violence and fear, and she soon realises that one wrong move could lead to her death…

I was so appreciative and surprised when I received a copy of Mirage on my doorstep courtesy of Hachette Australia. This is one of the only titles that I was really looking forward to once I had found out about it through blogs and bookstagram. This story was one that I knew I had to read as soon as I read the synopsis and I am really glad and grateful that I was given the opportunity. Mirage is part of a trilogy and I am expecting great things from it!

Mirage follows the story of Amani, kidnapped from her home and family, to be the identical body double for Maram, the feared princess of the Vath.  As the story unfolds, we learn so much about Amani and her history and the lore of her people. The characters that come into contact with Amani learn more about themselves and I love that aspect of the book. Idris is the fiance of Maram, and I loved watching him develop as he learns about where he came from through stories and poetry. Reading their romance and their relationship was heartwarming (although a little bit too quick for my liking) was really nice. Amani reached out to him and taught him about his heritage and I thought that was a really lovely connection.

There was something some humbling about watching Amani grow as she spend her time in the royal palace, she is always poised and so incredibly intelligent. I loved the way she interacted with people and how she had started to change the princess Maram. There was nothing I didn’t like about her personality. Amani was just fantastic and I credit Somaiya Daud for creating such a strong and passionate female protagonist. Amani slowly learns the way to play the game to ensure that she isn’t caught and killed. She knows that if she doesn’t play the role of the cold and calculated Maram she could sign her own death sentence. It was captivating to see how well Amani could play the role, as if she was destined for it.

As soon as I started reading Mirage it immediately felt familiar, like I already knew the world and the characters and that they were always something I had known about. I have never felt that way about a book and it was so amazing to feel so connected to a fictional place. The places that Daud took me while reading Mirage were wonderous and I could picture every detail with ease. It made my heart ache to visit these worlds, planets and moons. It was as if everything that happened in that story was ancient lore and I had been told about it but didn’t know the complete tale. Thank you so much Mirage for immersing me so much into a fantasy world. I loved everything about this book and I cannot wait to read the next!

9 thoughts on “Mirage by Somaiya Daud”